An Ex-Prosecutor Fighting For You

SET UP A CONSULTATION 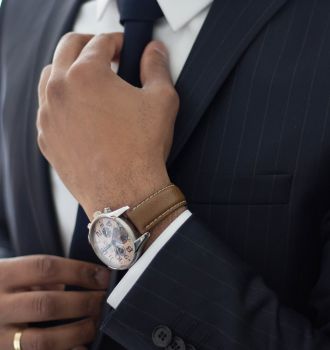 Ryan hails from East Hartford, Connecticut. He graduated from Central Connecticut State University, Cum Laude, with a Bachelor of Arts degree in Criminology and Psychology. In 2009, he received his Juris Doctorate degree from Thomas M. Cooley Law School. Later, he was admitted to practice law in June 2009. In the same year, he was hired as an Assistant Prosecuting Attorney in the Genesee County Prosecutor's Office. Then in August 2010, he was hired at Clare County Prosecutor's Office as an Assistant Prosecuting Attorney. In April 2011 he joined the Midland County Prosecutor's Office serving the county until October 2016. Shortly thereafter, Ryan founded Slep Legal Group, PLC. At the firm, Ryan specializes in all areas of criminal law, driver's license restorations, and personal injury law.

Ryan has tried both misdemeanor and Felony cases to their conclusion with an outstanding rate of success. He has practiced law in many jurisdictions in the state of Michigan and is licensed to practice law in the state of Connecticut as well.

"I started this firm to serve the people of this great state, to always strive for justice, and to impact the system in ways that assure due process and justice for all Michiganders."

Ryan has received certifications for completing the National District Attorney's Association courses in Trial Advocacy and Prosecutor's Boot Camp. He received recognition for his years of service as an Assistant Prosecuting Attorney and was presented the Prosecutor's Service Award in February 2015. He has also received certifications for completing Michigan Arson Investigation Training School, and Advanced Roadside Impaired Driving Enforcement (ARIDE), both of which are Michigan State Police Training Programs.

Ryan has also served as an instructor and consultant on the law for "The Training Team," a certified Concealed Pistol License Instruction Seminar.