Skip to navigation
Excellence, Experience, Expertise An Ex-Prosecutor Fighting For You SET UP A CONSULTATION 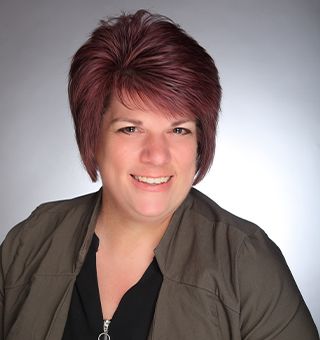 Lauralee E. Haney was born in Saginaw Michigan on June 4th, 1971 and raised in Beaverton Michigan. In the Summer of 2000, she met her husband Brent Haney at the baseball fields, where he played ball for her father. On May 8th, 2003 Lauralee and Brent were united in marriage in Myrtle Beach, South Carolina. On October 26th, 2003 Brent and Lauralee brought into this world their first born; Christian James, three years later Caleb Michael was born.

Lauralee and Brent have resided in Midland, Michigan for 21 years. In 2005 Lauralee received her Legal Assisting degree at Davenport University and is finally pursuing her dream of working in the Legal field. Lauralee’s hobbies include playing softball, traveling, exploring the different cultures, and loving on her dog Bandit.

Working at Slep Legal Group is not just another job, it’s like working with family.